Home » About Us » Director David Trujillo 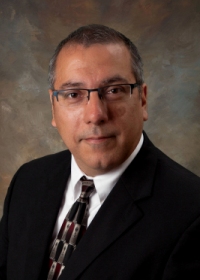 David Trujillo was appointed director of the Washington State Gambling Commission in June 2013. Prior to this appointment, he served as the agency's deputy director and has held various positions throughout the agency.

David was born in Albuquerque, New Mexico, but grew up in central Washington, graduating from Ellensburg High School in 1981. He earned bachelor's degrees from Western Washington University and Central Washington University. David then completed the Basic Law Enforcement Academy at the Criminal Justice Training Commission (CJTC) and later obtained his Supervisory Certification and Middle Management Certification from CJTC. He is licensed by the Washington State Board of Accountancy as a Certified Public Accountant (CPA).

During his time with the Gambling Commission, David has served as a special agent in field operations, financial investigations and tribal gaming. He also served as a special agent supervisor in charge of the Criminal Intelligence Unit and completed the Washington Association of Sheriffs and Police Chiefs (WASPC) Intelligence Officer Training. He became the administrator in charge of the Licensing Services Unit and was later promoted to assistant director of the Licensing Operations Division, responsible for licensing services, licensing and background investigations, public disclosure and financial reporting.

Since 1998, David has been actively involved with the Washington Society of Certified Public Accountants, a membership organization which advocates for the CPA profession. David serves on the State Board of Directors, is past-chair of the Professional Conduct Committee (ethics committee), and he has participated locally with the Olympia area chapter.  He is a school board member and chair of the Finance Committee for Pope John Paul II High School, a private Catholic school in Lacey. David has served on the St. Michael School Commission and the Nova Middle School Finance Committee.  Serving his country as a member of the Washington National Guard, David holds several positions in the Washington State Guard, including training and operations officer, comptroller and chief of staff to the commander. In 2019, David was appointed to the Washington Association of Sheriffs and Police Chiefs' (WASPC) Executive Board.

© Copyright 2018 by the Washington State Gambling Commission. All Rights Reserved.